Being an eye-catching and appealing design, the Jerusalem Cross is indeed a popular choice of people who want to search for a unique way of expressing their faith.

Its meaning and symbolism actually go by many various names, such as the Crusader’s Cross. 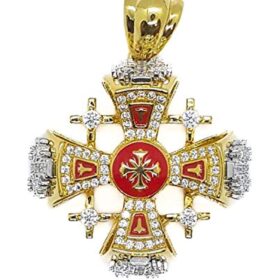 In addition, this basically represents the command of Christ to introduce the Gospel across the world.

This is also a huge collection of the 5 crosses whereas these represent the 5 wounds of Jesus Christ on the cross and the big central cross for the wound on his side.

The Cross is also sometimes confused with the so-called Teutonic cross.

This was actually assigned by none other than Pope Innocent III to the so-called Teutonic Knights in the twelfth century.

Sometimes, it is mistakenly believed as the St. Julian’s Cross.

Moreover, it is called the Crusader’s Cross due to the very reason that it was seen on the papal banner.

This was also given to the crusaders by Pope Urban II during the Middle Ages.

It is however believed that not all crusading knights are considered God-fearing Christians.

They just considered it a job wherein they can receive good payment. Similar to the crusades of the present time, there are also economic gains that are obtained by the people who spread Christianity.

Prior to the very first Jerusalem Crucifix, it was unearthed by the American archaeologists in the tomb of the Christian King in Jerusalem. 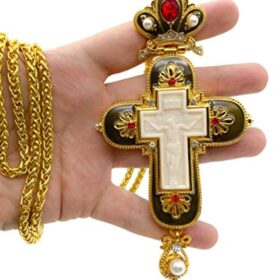 The big central cross found represented the strength of Christianity.

The Crosses were discovered by the American archaeologists in the tomb of Jerusalem’s first Christian king.

It was also found out that the big central cross represents Christianity and its strength.

The 4 small crosses also represent Christianity’s reach to the 4 corners of the earth. Nevertheless, the red represents the sacrifice of God for man.

Upon knowing the history of Crusader’s crosses, it may be about time to discover the most unique Jerusalem crosses that represent your faith.

In this regard, Nazareth is the premier destination for the best holy products. High-quality and gold-plated Jerusalem crosses are mixed with various kinds of gems like gold-plated necklaces in various sizes.